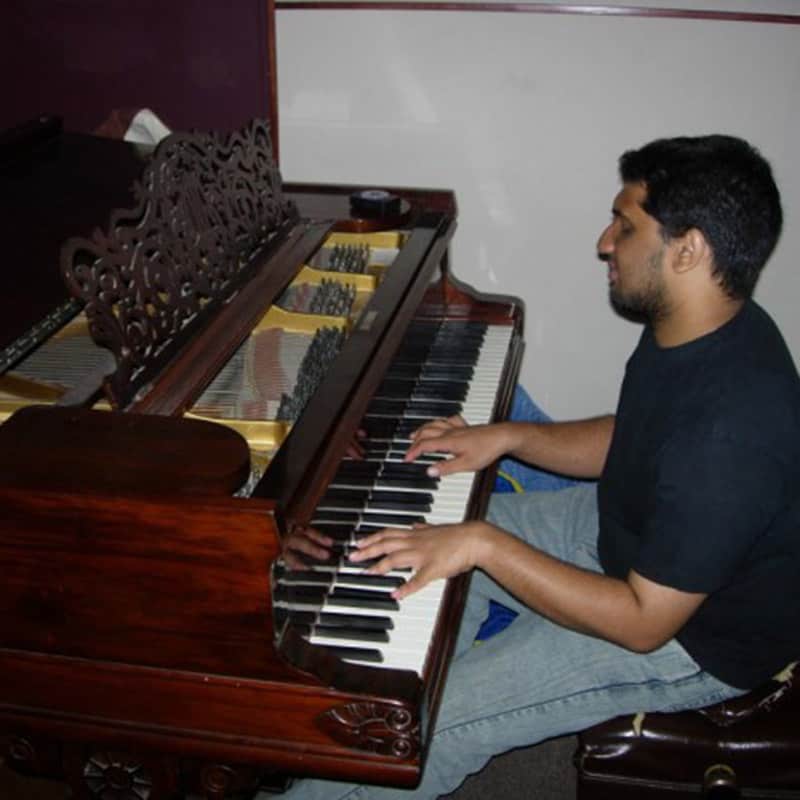 Appu Krishnan known professionally as “The Professor”. While working with Sony/RCA label as a producer and songwriter, Appu worked alongside Tracklacers and songwriters Jamie Hartman and Phil Bentley on the Christina Aguilera‘s Album “Lotus”. He was in charge of writing and arranging strings and piano for the single “Army of Me”. He co-wrote and co-produced Jordin Sparks‘ single “Christmas Time To Me” which became the opening title for the Universal Pictures movie The Best Man Holiday.

He frequently collaborates with producer Brandon Friesen on various projects including Billy Ray Cyrus, Laura Bell Bundy and Friesen’s Arbor TV artists. As an educator, Appu gives lectures at the Grammy Museum in Los Angeles, and was ‘in the lair‘ with legendary mixer Dave Pensado on his “Pendaso’s Place” channel.